Taking the opportunity of Manuelle’s Road Safety seminar in Tallinn, we decided to spend the first long weekend of May together in this far far away country.

The plane covered the distance quite quickly, as we flew over in just 3 and 1/2 hours on Tuesday evening.

By Wednesday morning, we were ready to discover the country, and have a good look at the state of the roads at the same time.

You can do almost everything online in Estonia: public services are known worldwide to be ahead of the game on the matter; for example, it was easy to book the Tallinn Museum Card online and get discounts on museum fees and so on. This country is developing fast since their independence in 1991; they joined European Union in 2004 and adopted the euro in 2011. In 2018, they celebrated the 100 years anniversary of their first independence as a country. During the 20th century, some neighbors thought otherwise and they regained full responsibility of their future in 1991.

What you can’t do online is meet and interact with real people, and we wanted to do just that.

Thankfully I had spotted the organization of an orienteering event close to Padise, on the way to Hallapsu. The organization kindly sent me the directions and details in English (deeply does not translate Estonian yet); this is how we enjoyed this beautiful afternoon in a marshy and difficult to run area which made me recall Sweden.

We spotted that transportable toilets were available; it is a credit to the organization to set such standard of service even for a local event.

A big thank you to the OK Kooperaator club who kindly gave us information and made the maximum to set ourselves at ease.

We left a few Paris locations O maps as a token of gratitude, and as an invitation to visit our terrains.

We spent the rest of the travel visiting Happsalu and Tallinn, a town bustling with activity.

It seems that Manuelle made sensation, as she is invited again by the Estonian organization for another seminar, in December; weather might be different by then… what about Orienteering ski?... 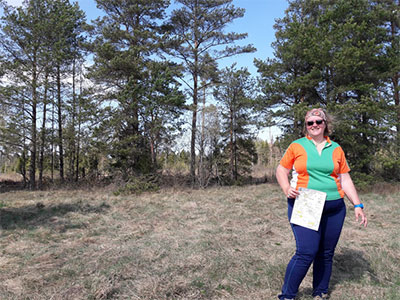 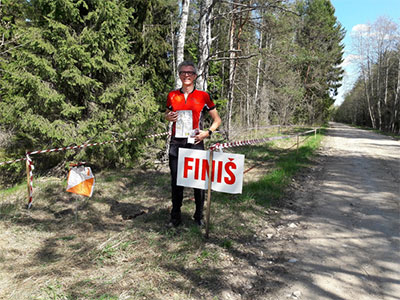 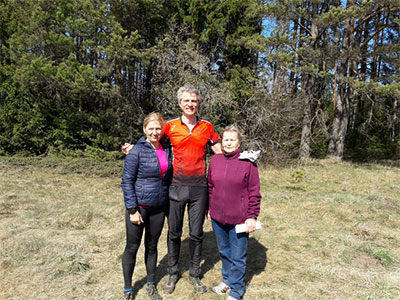